For over 30 years, Nicholas Roxborough has been described as a legal and professional “difference maker” for the Employer community. Nicholas recognizes that every case and every lawsuit has a quantifiable and financial impact on his clients’ bottom lines. He has dedicated his practice to representing employers in all aspects of insurance and Employers’ Rights issues.

Born in Tanzania, Africa, raised in San Francisco, and having moved to Los Angeles, for over 30 years, Nicholas Roxborough has been described as a legal and professional “difference maker” for the Employer community. Nicholas passionately recognizes that every case and every lawsuit has a quantifiable and financial impact on his clients’ bottom lines. He has passionately dedicated his practice to representing employers in all aspects of insurance and Employers’ Rights issues.

As the Co-Managing Partner of Los Angeles based Roxborough, Pomerance, Nye & Adreani, LLP (“RPNA”), RPNA is the first law firm in the country to specialize in representing employers nationwide in workers’ compensation premium and audit disputes, having fought and won most of his client’s trials, arbitration and appeals. Nicholas’ body of work is in the insurance, health carrier related field, involving complex commercial litigation and arbitration matters, including RICO and unfair business practices.

Nicholas also has extensive expertise in assisting tribal entities throughout the State of California in their battles against carriers and regulatory agencies concerning the protection and preservation of tribal entities’ sovereign rights and insurance coverage issues.

In addition to practicing in the litigation field, Nicholas also is involved in sponsoring, writing and navigating legislation in Sacramento for his business clients. It is not uncommon for Nicholas to sponsor or draft legislation with the assistance of Lobbyists, to testify on behalf of his clients, and on behalf of proposed legislation that is at the heart and soul of his clients’ needs.
Mr. Roxborough is regularly quoted as an expert in numerous employer and insurance trade journals, and has appeared on television to comment on insurance and privacy matters.

In early 2018, Nick was appointed to serve on the board of directors of Courage Campaign Institute, a nonprofit established to win progressive change and build power across issues, organizations, and communities throughout California.  He was later nominated and is now an Officer/Secretary of the Courage Campaign’s C-3 Board.

The Institute’s mission is to defend and extend economic justice, human rights, and corporate and political accountability through public education, strategic research, and leadership-development training. It’s supported by more than 300 partner organizations and powered by 1.4 million members and grassroots community organizing.

Nick was appointed by Los Angeles Mayor Eric Garcetti to serve as a Commissioner on the Police Permit Review Panel. He was approved by the Los Angeles City Council and sworn in as a Commissioner. He was later elected chairman of the PPRP and currently serves as vice-chairman.

The Panel is responsible for issuing and overseeing a wide variety of Police Permits for businesses, including ruling on cases involving the discipline or revocation of permits and approving stipulations in the settlement of disciplinary cases. 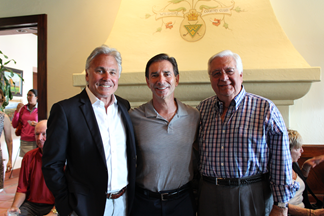 Roxborough also serves on the Board of Governors for United Cerebral Palsy (UCP) in Southern California, including a term as Chairman. Between 2009-2012, he served as Chairman of the Board of Directors.

UCPLA is the largest nonprofit provider of direct-care services for individuals with Cerebral Palsy, Autism, Down Syndrome and other developmental disabilities in Southern California. It is dedicated to advancing their independence, productivity and full citizenship. UCPLA provides support and services to more than 1000 individuals and their families each day through 40 programs and service sites across four counties and a staff of more than 600 professionals.

Honored for His Long-Standing Commitment

United Cerebral Palsy of Los Angeles honored Nick at its 20th Annual UCP Golf Tournament where more than 300 people attended the tournament and gala dinner that followed, raising approximately $400,000 for the organization.

Giving a Voice at the Capital 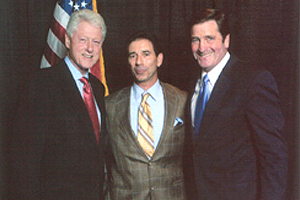 Nick recently spent time in Sacramento advocating for UCP programs. Being a private, nonprofit, direct care provider of services to the developmentally disabled community in Southern California, UCP relies heavily on state reimbursements. With budget cuts and a reduction in the state reimbursement rate, it helps to have a voice at the capital.

Nick serves on the Advisory Board of the California Organized Investment Network (COIN). He was invited to join the board by Insurance Commissioner Dave Jones in 2013. COIN strives to serve as a national model providing leadership to increase insurance industry investment in underserved and rural communities throughout California. The Advisory Board assists in supporting leadership to increase the level of insurance industry capital in safe and sound investments that provide fair returns to investors, as well as social benefits to underserved communities. 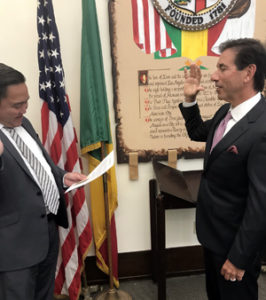 Nick was appointed by Los Angeles Mayor Eric Garcetti and approved by the Los Angeles City Council in August 2018 to serve as a Commissioner for El Pueblo de Los Angeles. The commission is responsible for preserving and promoting this important cultural and historical destination, which attracts over two million visitors a year, through effective management of its commercial and historical resources and events.

“After we were rejected by our business interruption insurance carrier for a 2018 claim, Nick Roxborough and team guided Chumash through a very successful mediation. Nick’s long-standing relationships in the industry proved to be very helpful in achieving a successful outcome.”

“Nick Roxborough lives up to his description of ‘difference maker.’ He came through for me on a very difficult legal dispute and I was impressed with his legal acumen as well as his practical street smarts which led us to victory. I would recommend Nick to anyone with a complex insurance related legal matter without reservation.”

“As a California Corporation, we are proud to have Nick Roxborough and the RPNA Law Firm on our side, their level of expertise gives us the tranquility and the opportunity to focus on our business and to grow”.

“Throughout my professional career, I have run one of the most successful offshore captives, managed a commercial litigation firm representing clients nationwide, and worked with counsel in every state. I can say, unequivocally, that I have never encountered an attorney who is more imaginative and who achieves better results for his policyholder clients than Nick. I have followed Nick’s progress over the last nine years since I initially contacted him to serve as an expert arbitrator on one of my cases. Nick has altered the landscape for policyholders and he lays the blueprint for those of us immersed in the world of insurance law to further our success. His mastery of insurance coverage, finance and claims is extraordinary, something very few attorneys have achieved. He is truly one of the best litigators and finest lawyers I’ve worked with in my 38 years practicing law.”

“We couldn’t be more satisfied with Nick Roxborough and his excellent team. They are laser focused on results, with unparalleled legal skills and a creative, successful approach to problem solving and case management. They are also a sincere pleasure to work with.”

“After everything that has happened,… you were brought on for one reason, and this thing has morphed into something very different. MK and I both feel very lucky and blessed that we have you and Donna on our side in this fight. I would hate to think about where we would be without your help! Thank you once again for everything that you and Donna have done!”

“Thank you for truly having our best interest at heart”.

Gene Riddle and Mary Kay Gallagher of Therapy for Kids

“When I think of Nick Roxborough and his sincere dedication to his clients while maintaining the highest standards of ethics, I am reminded of Rabbi Shimon the son of Gamliel’s famous quote in the first chapter of Ethics. He said “By three things is the world sustained: law, truth and peace.”

Many times we are faced with questionable business transactions and our integrity is tested. Nick is a master of his profession and has keen insight of the law. He has a profound respect for the institution that he represents. It is abundantly clear to me that truth and integrity are important traits in his attorney client relationship.

As to “peace”, well that comes with the knowledge that Nick Roxborough is representing you.”

“Nick, Vince, and Joe performed beyond my wildest expectations! Because of their efforts, my client was able to recover a seven figure refund of collateral from an insurance company that was attempting to strong arm them into posting an additional $1,000,000 in collateral. I would highly recommend this legal team”.

“As a family owned California Corporation, one of things we love the most about working with RPNA is how well all the partners work together and bounce things off of each other, just like a family. When we hired Nick Roxborough we knew we were getting a great atty, but the relationship and collaboration that was built with the whole group is one of a kind. I don’t think there is another firm in California that could have represented us as well as the RPNA Team. I am forever grateful and have also made some life long bonds and relationships. If you are looking for great Attys that are not scared to go to trial, you just finished looking. Simply the best!”

“Nicholas Roxborough and his firm not only went above and beyond with their representation regarding my case, but Nick made it a personal challenge to get the outcome he promised would get. He has been there for my family from day one. It’s not always about dollars and cents with Nick. When Nick takes on a case, he gives it his personal attention and very best”. 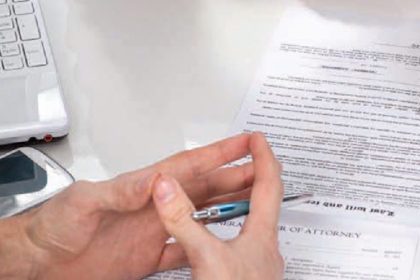 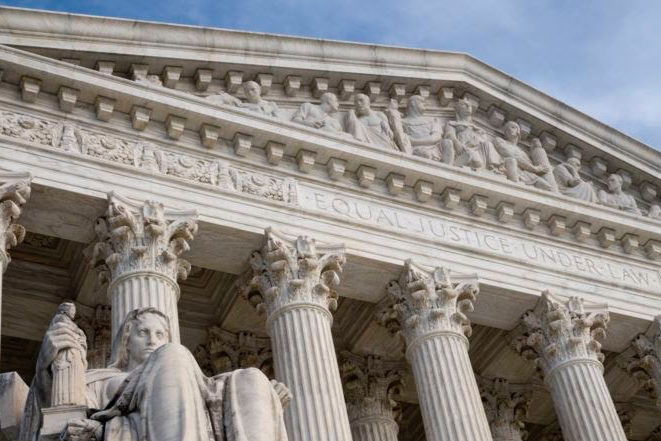 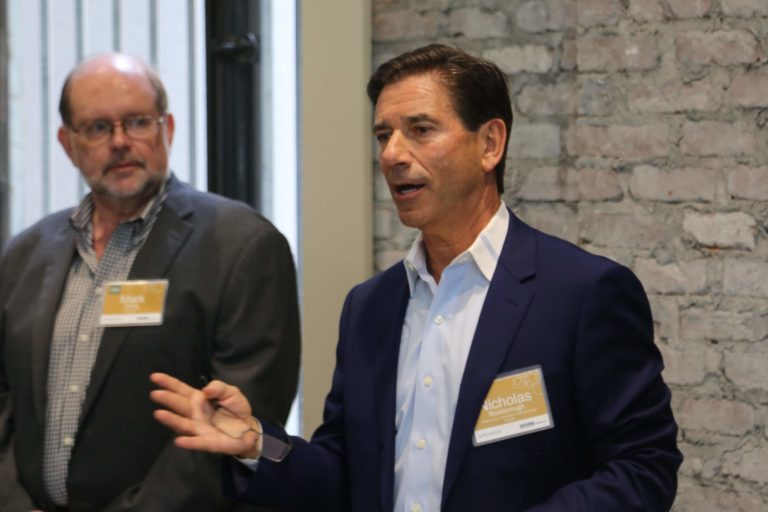 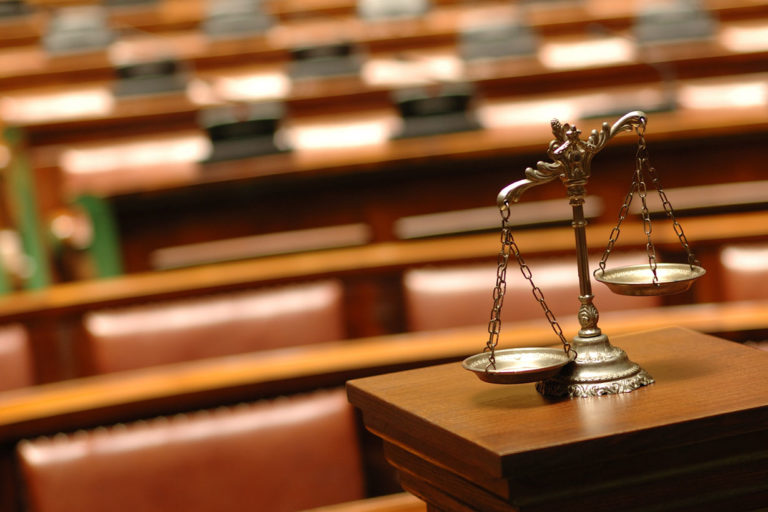