Nick Roxborough joined other thought leaders and stakeholders at a public hearing in Oakland last week to support a new Medical-Legal Fee Schedule (MLFS) model for Qualified Medical Evaluators (QMEs) that would raise their compensation to an adequate level.

Roxborough drew a sharp contrast between most people attending the hearing, who have received at least one pay increase in the past decade, and QMEs, whose reimbursement rates have not been adjusted since 2006. 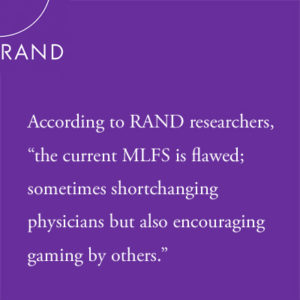 Roxborough stated that the medical-legal system—created to resolve medical disputes and speed up claims resolution—has “morphed into battles with regulators over interpretations of the billing rules that spawned two lawsuits and ‘doesn’t bring the best and brightest into the system.’”

It was noted that a new fee structure would attract and retain a higher caliber of doctors while provide an incentive to write stronger reports that would resolve disputes outside of court, reducing the overall cost of claims.

According to this Workers’ Comp Executive article, Roxborough submitted a fee proposal of “$1,875 for all specialties and $3,500 for mental health evaluations with an extra $4.75 per page fee for every medical record page reviewed after the first 50 pages.” His proposal included other parameters including added pay for face-to-face meetings that go beyond two hours.

You can read more about what other critics said at the hearing in this WorkCompCentral article. (subscription required)