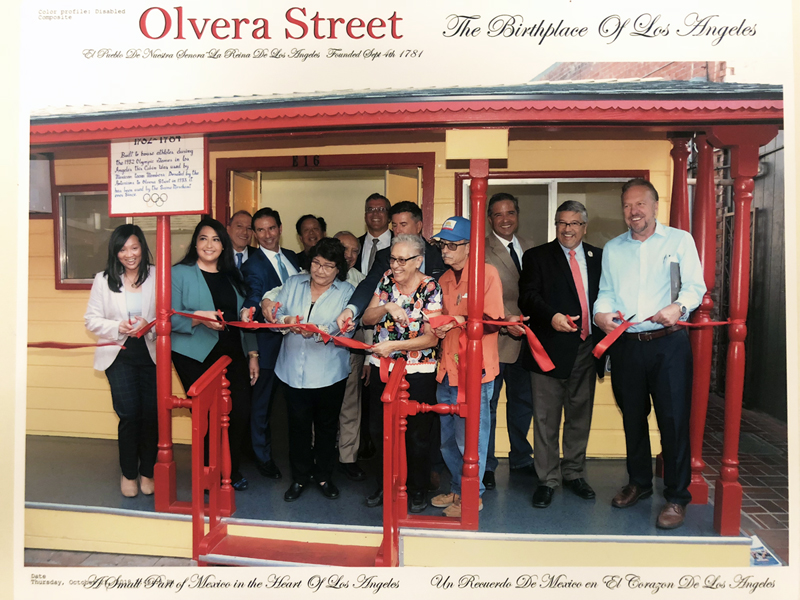 Nick Roxborough joined Olvera Street merchants and city officials at a ribbon cutting ceremony on October 25 to celebrate the restoration of the 1932 Olympic Cottage. The historic structure was built to house athletes during the 1932 Olympic Games in Los Angeles and was later donated to Olvera Street in 1933.

Roxborough was appointed by Los Angeles Mayor Eric Garcetti and approved by the Los Angeles City Council in August 2018 to serve as a Commissioner for El Pueblo de Los Angeles. The commission is responsible for preserving and promoting this important cultural and historical destination, which attracts over two million visitors a year, through effective management of its commercial and historical resources and events.