In a decision handed down yesterday, the Court of Appeal refused to enforce the unlawful arbitration clause found in Applied Underwriters’ Reinsurance Participation Agreement (RPA) with Luxor Cabs, one of the oldest cab companies in San Francisco.

In 2015, RPNA Partners Joseph Gjonola and Nicholas Roxborough filed suit on behalf of Luxor against Applied in San Francisco County Superior Court over the arduous terms found in the RPA–a centerpiece of Applied’s “EquityComp” workers’ compensation insurance program. In response, Applied moved the trial court to compel Luxor to arbitrate its claims. Luxor countered that the RPA’s arbitration clause (and the “delegation clause” within it) were each void and unenforceable, having been issued without the Insurance Commissioner’s approval.

The trial court agreed, barring Applied’s bid to force Luxor into an arbitration that, under the RPA’s terms, would have likely taken place in the British Virgin Islands under Nebraska law. Applied appealed to California’s 1st District Court of Appeal.

Yesterday, the Court of Appeal affirmed the lower court’s decision in full. The appellate court agreed that the arbitration clauses qualified as policy “endorsements,” and therefore should have been submitted to the Insurance Commissioner for approval as required by the Insurance Code. The Court ruled that Applied was not permitted to issue the unapproved arbitration agreements, and consequently the agreements are illegal and entirely unenforceable.

RPNA maintained that the entire RPA is similarly void because none of its terms received the Commissioner’s approval. Procedurally, the appellate court was not in a position to rule on the validity of anything but the arbitration clause. Luxor looks forward to returning to the trial court where it will seek a decision that the RPA is also unenforceable, and pursue Applied for the extensive damages Luxor suffered as a result of the EquityComp program. 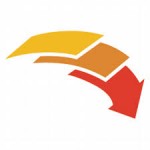 The Latest In A Series of Successful Challenges 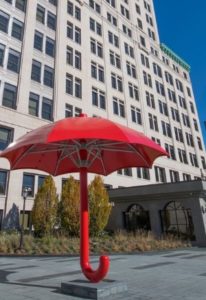 RPNA is honored to lead the way in this area as one of the top employers’ rights law firms. Luxor’s win was just the latest in a series of cases where RPNA successfully challenged the validity of unapproved collateral or side agreements.

In both instances, Insurance Commissioner Dave Jones found that Travelers’ unapproved side agreements were “illegal and void” as a matter of law, and he deemed the twin decisions “precedential.” You can read more about these decisions here.