Are You Tracking All Your Employee’s Work Time?

The California Supreme Court recently ruled that employers must pay their workers for small amounts of time they spend on routine work tasks off the clock. In the case Troester v. Starbucks Corp., the Court rejected the notion that the “de minimis” doctrine commonly applied by federal courts would automatically or routinely excuse the payment of wages for small but regularly occurring off-the-clock work periods.

The decision highlights the importance for employers to audit their timekeeping practices to ensure that employees are compensated for all hours worked, including for reoccurring or routine small pre- and post-shift tasks that may be overlooked or treated as insignificant and not compensable.

Plaintiff Douglas Troester filed the original complaint on behalf of himself and a putative class of all non-managerial California employees of Defendant Starbucks Corporation who performed store closing tasks from mid-2009 to October 2010. Troester submitted evidence that Starbucks’s computer software required him to clock out on every closing shift before initiating the “close store procedure,” locking the doors and walking coworkers to their cars, which took anywhere from four to 10 additional minutes each day.

The trial court dismissed the case, agreeing with Starbucks’s argument that the federal de minimis doctrine applies. Under this doctrine, certain amounts of time worked need not be paid if it is trivially small: “[A] few seconds or minutes of work beyond the scheduled working hours…may be disregarded.”

Troester appealed the U.S. District Court’s decision to the 9th U.S. Circuit Court of Appeals. The appeals court asked the California Supreme Court to determine whether the federal de minimis doctrine applied under state law; its answer is no. 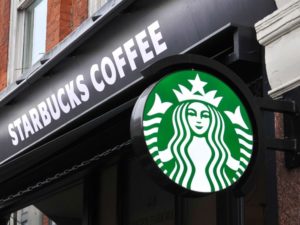 The California Supreme Court concluded that California statutes and wage orders have not adopted the federal de minimis standard and that the rule is not applicable where the employer required the employee to work “off the clock” several minutes per shift. The Court explained that an employer that requires its employees to work a few minutes off the clock on a regular basis or as a regular feature of the job may not evade the obligation to compensate the employee for that time by invoking the de minimis doctrine.

The Court, however, did leave open the possibility of a narrower California de minimis rule by indicating that it did not decide “whether there are circumstances where compensable time is so minute or irregular that it is unreasonable to expect the time to be recorded.” Thus, there may be circumstances where occasional or irregular instances of a worker spending a few minutes doing a task either before or after his shift will be disregarded as being de minimis in that particular case.

Nevertheless, the Court’s decision sends a clear signal that employers need to verify that any regularly occurring work time, before or after a shift, is tracked and that employees are compensated for all time, no matter how small the amount may seem. A number of steps employers can implement to minimize their risk include:

The bottom line is that employers must really minimize off the clock work. It is important to audit your timekeeping practices and adjust your written policies as needed to ensure compliance with these new strict time-keeping requirements under California law. Furthermore, make certain your managers are appropriately trained and investigate all claims of uncompensated off-the-clock work so you can correct the situation immediately.

RPNA’s employment law experts are available to answer your questions as well as review your timekeeping policies and procedures in light of the Troester ruling. 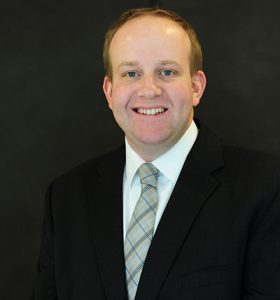 Trevor Witt practices in the areas of employment litigation, employer defense, class actions and general civil litigation. He has extensive experience litigating in both state and federal courts, and in arbitration and administrative settings. He has represented employers before federal and California state courts, as well as federal and California administrative agencies, including the U.S. Equal Employment Opportunity Commission, the California Department of Fair Employment and Housing, and the California Labor Commissioner. He has also advised employers about workplace issues, including employee misconduct, leaves of absence, harassment, discrimination and wage and hour issues.