Mr. Roxborough addressed issues regarding large deductible policies, affecting RPNA’s clients, as the CDI moves to finalize new regulations by the end of the year.

Roxborough cited over-reserving and mishandling of claims, and more importantly, the refusal by carriers to release to California employers their collateral as main problems RPNA clients have been experiencing.

“For example, we have had a carrier hold $300,000 to $400,000 in collateral even though every claim of our clients has been closed for at least one or two years. They simply refuse to give back any of the collateral,” Roxborough said in a recent Workers’ Comp Executive article about the meeting. 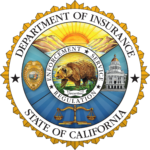 Roxborough, who challenged carriers’ ‘secret’ methods of accumulating incurred reserves and holding too much collateral, argued for increased transparency and reasonable guidelines that carriers must follow when computing how much collateral should be returned to the policyholders.

You can read more about industry feedback on CDI’s draft regulations in this Workers’ Comp Executive article.

RPNA continues to fight for transparency and equity in California’s workers’ comp system, ensuring that the standards governing how carriers treat California employers are consistent with a carrier’s duty of good faith and fair dealing.