The Ninth Circuit Court of Appeals has reversed a lower court who previously ruled that AB 51 was an unlawful restriction on arbitration agreements. The 9th Circuit’s ruling means that – at least for now – AB 51 remains the law in California.

Last year, California Assembly Bill 51 was enacted, adding a section to the California Labor Code that generally prohibited employers from retaliating against workers and applicants who decline to sign arbitration agreements as a condition of employment.

AB 51 was promptly challenged in court on grounds that it was preempted by the Federal Arbitration Act (FAA) which ensures that arbitration agreements are valid and enforceable, and are treated no differently that any other contract in the eyes of the law.  The trial court granted a preliminary injunction to prohibit enforcement of AB 51 because it determined that the law placed agreements to arbitrate on unequal footing with other contracts and represented an obstacle to the purposes and objectives of the FAA.  That ruling was appealed, and in a 2-1 decision, the 9th Circuit vacated the preliminary injunction, thereby essentially reinstating the provisions of AB 51.

The Court stated: “[N]othing in [the FAA] grants an employer the right to force arbitration agreements on unwilling employees. The only ‘federally protected right’ conferred by the FAA is the right to have consensual agreements to arbitrate enforced according to their terms.”

The Ninth Circuit’s opinion is based on a finding that the FAA only applies to existing arbitration agreements and not to laws affecting the formation of the agreements.

The case has been sent back to the trial court, but an appeal to the United States Supreme Court seems likely. Given the Supreme Court’s strong record in favor of arbitration agreements, it would not surprise us in the least if the high court took the case and ultimately struck down AB 51. For the time being though, AB 51 is the law in California. Remember, however, the law does not prohibit employers from requesting employees to voluntarily sign arbitration agreements – the trouble begins if the arbitration agreement is presented as a condition of employment. 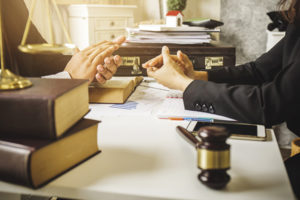