It looks as if the U.S. Department of Labor (“DOL”) will be getting approximately $7.5 billion “to boost worker protection efforts”. However, worker protection efforts will now include looking into misclassification by employers as either employees and/or independent contractors. So, in other words, the DOL will no longer limit its scope to making sure workers are paid their proper hourly wages. In addition, if an employer classified what would normally be considered an employee as an independent contractor, and that independent contractor is wrongfully denied workers compensation benefits because that person is actually an employee, lawsuits and investigations could follow at multiple levels.

The main focus for the DOL is likely to be distinguishing between who is an independent contractor (someone who has the right to control their own work) versus who is an employee (where typically the employer controls the manner by which the individual performs their services). However, California companies still need to remain cognizant of the stricter standard under the “ABC Test,” codified through the passage of AB5, when classifying workers.

Obviously, this has been and will continue to be a large issue in California. But, misclassification is no longer going to be limited to an insurance company seeking to collect additional premiums for people who are misclassified as employees. That inquiry may now also be the subject of DOL investigation. And, of course, whether an employee is exempt from overtime, will now also be placed carefully under the DOL’s magnifying glass.

Bottom line, it is now more important than ever for employers to “get it right” when classifying their workforce. 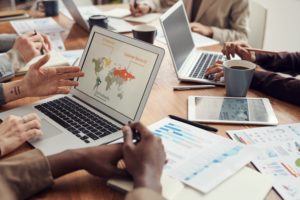