Is Your Arbitration Agreement Enforceable?

Courts deal yet another blow to the enforcement of employment-related arbitration agreements and class-action waivers in what is looking to be a growing trend. In Rittmann v. Amazon.com, Inc., the Court of Appeals for the Ninth Circuit found that local Amazon delivery drivers were not subject to the Federal Arbitration Act (FAA).

The FAA was passed in response to the hostility of American courts towards the enforcement of arbitration agreements. If applicable, the FAA preempts less favorable state laws. The delivery drivers argued that they were exempt from the FAA under the Transportation Worker Exemption, which, up until recently, applied to freight and common carrier transportation workers, such as airline, railway, and large shipping freight employees engaged in foreign or interstate commerce.

Although the drivers rarely crossed state lines and typically engaged in relatively short “last-mile” deliveries, the Court of Appeals found that the drivers were exempt from the FAA as “transportation workers” because they were “engaged in interstate commerce through [their] participation in the continuation of the movement of interstate goods to their destination.”

Given that the Court found that the FAA did not apply, the Court held that the arbitration agreement could not be enforced under either the FAA or the applicable state law.

The current trend of both California federal and state court decisions suggests that the majority of employees who engage in “transportation” work, including local delivery drivers, will not fall under the FAA. As such, any arbitration agreements that these transportation drivers have signed are likely to be unenforceable, as it relates to claims for unpaid wages, and the employees will not be prohibited from bringing class-wide claims under California law.
In addition to enforceability issues as it relates to transportation workers, recent anti-arbitration legislation may result in further liability for any employer attempting to have any type of drivers sign arbitration agreements in California.

AB 51, which went into effect in early 2020, makes it unlawful for an employer to threaten, retaliate or discriminate against, or terminate any job applicant or employee because they refuse to consent to the waiver of any Fair Employment and Housing Act or Labor Code-based rights. 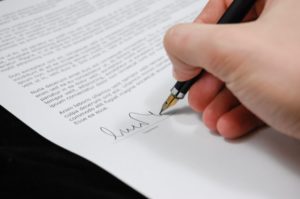