For over 30 years, the law firm of Roxborough, Pomerance, Nye & Adreani has been defending the rights of employers, Primary Treating Physicians, and Qualified Medical Evaluators against discrimination, fraud, and malfeasance by California’s powerful workers compensation carriers, third party administrators, and even the Division of Workers Compensation.  Recently, Mr. Roxborough and his firm defended over 100 QMEs who were inappropriately denied reappointment following the DWC’s implementation of underground regulations.

This led to a reversal by the DWC of its manipulation of its existing fee schedule and now, to hopefully the development of a new, and more equitable fee schedule which Mr. Roxborough is actively participating in, in the hopes of providing hard working and qualified QMEs with a compensation package which they can be proud and, which will promote development of the QME program to the next generation of young doctors.  I had a chance to sit with Mr. Roxborough and discuss some of the proposals being forwarded with the new Medical Legal Fee Schedule.  As usual, Mr. Roxborough was gracious in sharing his time and his tremendous insight on the sweeping proposals now being developed down at the Division of Workers Compensation.

Carpenter DC – Mr. Roxborough – holy cow!  Thank you so much for taking the time to speak with me!
Roxborough:  You’re very welcome – it’s my pleasure.
Carpenter DC – As you know, the DWC is proposing to scrap the ML Codes and the Complexity Factors that have been in use for over 15 years in favor of a new flat rate fee schedule.  How do you anticipate that will impact the day to day procedures of the QME?
Roxborough: Yes indeed, I have been very involved at the actual DWC meetings, the most recent one being Friday, January 31st in Oakland. It is clear that going to some sort of Flat Rate Fee Schedule is what the DWC wants to do. And, a lot of stakeholders are OK with that as well. But, as always, the devil is in the details. Unfortunately, the current negotiations seem to fall far short of Nevada’s Flat Rate Fee Schedule, which gave rise to discussions of a Flat Fee Schedule. Understand that when I say that, I am applying a Nevada cost of living reference, compared to a California cost of living, to come out with what would be an equivalent Flat Fee Rate Schedule. Carriers are at all time profitable, as are most self-insured employers. Yet, QMEs haven’t had a raise in 14 years. So, QMEs need a Flat Fee Schedule modeled after Nevada, that is based on a pro-rata COLA basis for California.

Carpenter D.C. – The last 10 years have seen an explosion of QME Management Companies referred to in some Studies as QME Aggregators.  How do you see these Aggregators affecting the economy of the medical legal budget and, what role do you think these companies will have in shaping the future direction of the QME program?
Roxborough: QME Management Companies are a little bit like labor unions. They have been made necessary, in large part, because of how QMEs have been abused over time, not given a raise for 14 years and had underground regulations imposed on them, by the DWC. Doing the medical work is the easy part. That is what doctors understand how to do. All the regulations, however, impose legal rules for QMEs to follow. Most management companies provide that expertise, as well as billing, admin, etc. So, they basically become a necessary component on our system.

Carpenter D.C. – The DWC is ramping up its scrutiny of QME Reports and is asking Judges to more closely monitor and report back on Reports that fail to meet minimum standards in being able to resolve disputed issues.  When a doctor has a threshold number of Reports rejected by the Judge, this could impact his/her reappointment as a QME.  Your company has assisted QMEs who have had their reappointments challenged for other reasons.  What will your company do/what can your company do to assist a doctor who has had a Report rejected by the Judge to appeal the rejection and, how do you anticipate this tightened scrutiny on QME reports to affect the QME population?

Roxborough: Yes, we have represented over 100 QMEs. And none have been reported for medical malpractice or fraud. It mostly, if not exclusively has to do with technical alleged procedural violations, i.e., billing mistakes. Not in terms of adding up the dollar amounts, but rather, for example, a report is a day or two late. By the way, that reports are sometimes late is not surprising since there is a higher demand than ever for QMEs, and a lower supply of QMEs. Most of our clients are working 5-7 days a week, 8 hours or more a day. It’s therefore hard to get reports done within the statutory time period.

Carpenter D.C. – Your company has long been involved with Workers Compensation in the State of California.  What services do you offer Qualified Medical Evaluators?
Roxborough: In the 1990s, RPNA developed the law in California concerning Employers Rights against workers compensation carriers in California. We have now developed a boutique practice of also representing QMEs and supporting their rights in the workers compensation system. They have the responsibility to provide competent and quality medical services for injured workers. And, injured workers depend on QMEs as basically the referees of the workers compensation system. As referees they need to call balls and strikes, and they need to do it carefully and accurately. However, imposing more and more technical regulations does little to protect the injured worker and more to just cause unnecessary delays and increase profits for the carrier community.

Carpenter D.C. – From your perspective, what do you expect to see that is good, and that is bad, in the QME program in the next 5 years and, what advice would you give to the hard working QME?
Roxborough – Depending upon how much of a true â€œraiseâ€ QMEs are provided in this next round of DWC regulations, we could get back more Orthopedic QMEs and other QMEs in limited medical areas from which there are very few doctors in California to serve the injured workers. In order to bring them back, two major things have to happen a reasonable fee increase and less bullying by the DWC. If the carrier community or self-insured community has a problem with the amount a doctor charges, they always have a remedy at the WCAB. The DWC, on the other hand, should leave it to the WCAB to determine these issues, and the carriers to work it out. The DWC should frankly perform fewer audits, and audit more for medical fraud and medical malpractice. Without these two major components, QMEs are going to have to join QME management companies to survive. Or, join the AME Panels and make more money.
Carpenter D.C. – Thank you for taking the time to speak with me today, and for all you do for Qualified Medical Evaluators.
Roxborough – My pleasure. 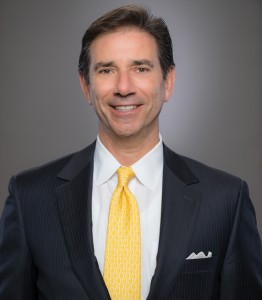