The issue of employee rest breaks has long been a legal hot topic and our law firm is no stranger to the debate.  Indeed, in 2012, after a seven year battle on behalf of 15,000 security guards, RPNA’s experienced employment lawyers obtained a $90 million summary judgment for these employees in a class action lawsuit against ABM Industries, Inc. on the issue of rest breaks. The win was a victory for employees throughout California.

Los Angeles County Superior Court Judge John S. Wiley awarded $89.7 million in wages, interest and penalties to a class of approximately 15,000 former and present security guards in the case of Augustus v. ABM Security Services. The Court’s ruling was premised on the fact that the security guards were denied off-duty rest breaks in violation of California law.

Drew Pomerance, one of the lead attorneys on the case, shared at the time that “ABM’s conduct is the poster child for how California businesses should not behave, and it’s very satisfying to see a court finally hold them accountable … Saying that someone is ‘on break’ when that worker is still required to perform “some” of his or her regular duties is like saying someone is a little bit pregnant.  Either you are or you aren’t on break.”

Not surprisingly, ABM appealed the court’s decision. Shockingly, the Court of Appeals reversed the trial court’s decision, and held that workers can receive lawful rest breaks even if they are required to perform some of their regular duties.  Obviously disappointed by the appellate court’s ruling, RPNA attorneys filed a petition for review with the California Supreme Court, and just last Thursday, the Court voted 7-0 to take the case.  RPNA is grateful that the Supreme Court will finally decide this important issue, and is hopeful that our high Court will decide that California’s employees are entitled to true off-duty rest breaks.

For more information on this case, please reach out to Drew Pomerance, Senior Partner, RPNA. 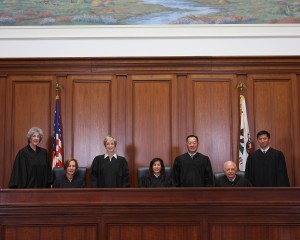