The California legislature has been busy.  There are numerous new and significant employment laws effective January 1, 2020. Employers should take note of the following key developments and should review their policies and practices—preferably with counsel—to ensure they are in compliance so as to limit any potential exposure.

Employers should also be aware that many local municipalities and counties require a higher minimum wage than state law. Complying with the applicable minimum wage ordinance is important as these violations come at a steep price.

In one of the most widely publicized bills of the year, AB 5 codified and expanded the “ABC” test used to determine whether a worker is properly classified as an independent contractor according to the California Supreme Court’s decision in Dynamex Operations West, Inc. v. Superior Court of Los Angeles.

The “ABC” test presumptively considers all workers to be employees and only permits workers to be classified as independent contractors if the hiring business demonstrates that the worker in question satisfies each of three conditions:

The “ABC” test applies to the Wage Orders and to the Labor Code and Unemployment Insurance Code when a definition of employee is not otherwise provided.  The statute also exempts certain occupations from the application of the “ABC” test and instead applies the definition of an employee as set forth in the multi-factor “Borello test” which focuses on the hiring entity’s control over the worker.

It is also important to note that Labor Code § 2753 provides for joint and several liability for any person, who, for money or other valuable consideration, knowingly advises an employer to treat an individual as an independent contractor to avoid employee status, if the individual is found not to be an independent contractor.  The only exception to this potential liability is for attorneys.

Beginning January 1, 2020, employers may not require any applicant or employees, as a condition of employment, continued employment, or the receipt of any employment related benefits, to “waive any right, forum, or procedure” for a violation of the Fair Employment and Housing Act or the Labor Code.  An employer is also prohibited from threatening, retaliating, or discriminating against, or terminating any applicant or employee for refusing to consent to arbitration.

A violation of this new section of 432.6 to the Labor Code will be a misdemeanor under Labor Code section 433.

Last year, Governor Brown vetoed a virtually identical bill because he believed it violated federal law.  The U.S. and California Chambers of Commerce, along with several trade organizations have filed a complaint in federal court to challenge the enforceability of these sections of the Labor Code.  A preliminary injunction hearing is currently set for January 10, 2020.

SB 707 provides remedies to employees subject to arbitration provisions where the employer fails to pay arbitration fees within 30 days of their due date.  The statute allows arbitrators and courts to impose sanctions on a defaulting party, up to and including terminating sanctions.

Statute of Limitations to File a Claim for Violations of the
Fair Employment and Housing Act
(Government Code §§ 12960, 12965)

With the passage of AB 9, employees will now have three years to file their charge with the Department of Fair Employment and Housing and one year after the issuance of the right-to-sue letter to file a lawsuit.  Effectively, this doubles the amount of time an employee has to bring a lawsuit from two years to four years.

SB 188 expanded the definition of “race” under the Fair Employment and Housing Act and the California Education Code to include “traits historically associated with race, including, but not limited to, hair texture and protective hairstyles,” such as “braids, locks, and twists.”
New Harassment Training Requirements
(Government Code § 12950.1)

Consistent with the previously enacted training requirements, employers who provided training to employees in 2019 are not required to provide it again until two years from the time the employee was trained.

To expand on the 2018 bill requiring employers to provide lactation accommodations, SB 142 now requires employers to create and implement a lactation accommodation policy, including publishing the policy in the employee handbook and providing the policy when an employee asks about or requests parental leave.
Recovery of Penalties for Late Payment of Wages Due While Employed
(Labor Code § 210)

This update is intended to provide an overview of the most significant new developments impacting the California workplace. For more information about these new laws and regulations, please contact the employment law experts at RPNA to ensure your policies and practices are in compliance and up to date. 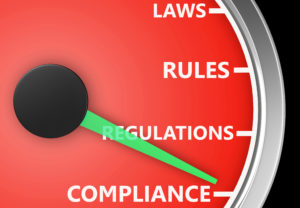