There is potentially some more bad news for California employers affected by the recent wave of “independent contractor” decisions.

The California Court of Appeal recently held that the ABC test as outlined in the 2018 California Supreme Court Dynamex decision applies retroactively to pending litigation on wage and hour cases.  The opinion in Gonzales v. San Gabriel Transit, Inc., found no “extraordinary circumstances” to deviate from the general rule which almost uniformly applies judicial decisions retroactively.  The Court explained that the Dynamex decision did not establish a new standard, rather its expressly articulated purpose was to streamline the existing complex, multifactor wage order analysis of whether a worker is an employee or independent contractor.

To add further confusion for employers, the Court found that the Dynamex ABC test applied to certain Labor Code provisions in addition to claims seeking to enforce the wage orders.  At the same time, Dynamex only partially displaces the Borello test, which focuses primarily on the employers’ control over workers and has traditionally been applied to determine whether a worker is an employee or independent contractor.

The Gonzales Court concluded that the Dynamex holding that the ABC test should be applied to determine employee status under the wage orders can only mean that the same test applies to Labor Code claims seeking to enforce or advance the wage order requirements and their basic workplace protections.  The Court reasoned that in a wage and hour action where the purposes serviced by the Labor Code and wage order provisions are coextensive, there is no principled reason to treat the claims differently.  This is essentially an expansion of the scope of the application of the Dynamex  ABC test.

It remains to be seen how the recent enactment of Assembly Bill 5 will affect which test is used in analyzing whether a worker is an employee or independent contractor.  Assembly Bill 5 purports to apply the ABC test across the spectrum of California employment law, except as to certain carved out professions.  However, a footnote in the Gonzales opinion implied that the Court viewed its decision to be consistent with Assembly Bill 5.

Assembly Bill 5 goes into effect on January 1, 2020.  The experts at RPNA are here to help guide your company through the complex and confusing legal landscape surrounding Dynamex and Assembly Bill 5. 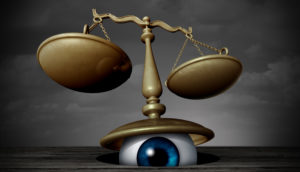