Last week’s settlement—which leaves in place the precedential decision in the Shasta Linen case—ends the dispute over the legality of the EquityComp program and its associated unfiled side agreements, which RPNA’s Nick Roxborough notes is a potentially significant boon for employers fighting any insurer over unfiled workers’ compensation side agreements. 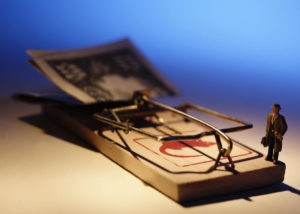 We commend Commissioner Dave Jones ‪‏who continues to fight for California employers who have suffered from Applied Underwriters’ deceptive practices.

In a recent Workers’ Compensation Executive article, Roxborough stated “[The settlement] basically means, if any employer has a factual situation or circumstance similar to Shasta Linen, the Shasta Linen case is precedential and is going to govern.”

“So, whether it is a Berkshire Hathaway or a non-Berkshire carrier, if they failed to file side agreements the enforceability of those agreements is probably going to be governed by the Shasta Linen case.”

Roxborough reiterated the same in a WorkCompCentral* article last week, where he said the biggest takeaway from the CDI’s settlement agreement is that ‘ancillary agreements must be filed with the Department of Insurance before they’re used.’

While the agreement requires of Applied Underwriters new disclosures and compliance with state filing requirements, the CDI states the revised products are “not appropriate for businesses unable to adequately evaluate the pricing, obligations, and risks of such a complex product.”

Employers are advised to consult with legal and actuarial experts when considering such complex workers’ compensation products.

Additional articles regarding the CDI-Applied Underwriters settlement agreement are below.