After RPNA appealed OSIP’s revocations, a final decision was reached by the DIR on December 24, 2015. In the decision, Director Baker acknowledged that the certificates were revoked in error and that the revocations were reversed and the certificates reinstated. The decision was based on the fact that there was no evidence to support OSIP’s theory that licensed farm labor contractors are “in the business of providing employees to other employers,” for the purposes of Labor Code section 3701.9, subd. (a)(4), regardless of the facts surrounding their actual operations. 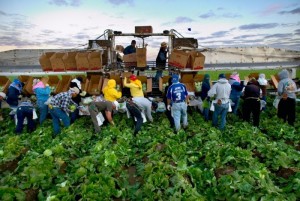 OSIP stated its original decision to revoke all of the entities’ certificates was required by SB 863 reforms, which made significant changes to the state’s rules for self-insuring workers’ compensation. Among the changes was a prohibition on temporary staffing companies (TSEs), professional employer organizations (PEOs), and other labor leasing companies (LEs) from self-insuring after January 1, 2015.

On New Year’s Eve 2014, OSIP sent notices to all then-self-insured farm labor contractors informing them that, because they held farm labor contractor licenses, they were “by definition” “in the business of providing employees to other employers” under Labor Code section 3701.9, subs. (a)(4). Therefore, their certificates of consent to self-insure were to be revoked no later than January 1, 2015, per the new provisions of SB 863.

RPNA appealed the OSIP decision to the DIR in January 2015. Shortly thereafter, RPNA also filed a separate civil action in the Kern County Superior Court, which sought to invalidate OSIP’s regulatory action as being in violation of the California Administrative Procedures Act.

A full two-day trial was held in early June 2015 to determine whether any of these entities whose certificates of consent to self-insure were revoked were, in fact, “in the business of providing employees to other employers.” OSIP’s evidence was limited almost entirely to whether a given entity was licensed as a farm labor contractor. CFM (on behalf of itself and its membership), Valley Harvesting & Packing, and Esparza Enterprises presented detailed evidence establishing that each exercises pervasive control over its operations and employees and provides a great deal more service to its clients than simply supplying labor.

In her decision, Director Baker, decided that there is “no evidence in the record to support a finding that any of the [farm labor contractors] are ‘in the business of providing employees to other employers’ as contemplated by [Labor Code] section 3701.9, subdivision (a)(4).” This conclusion was based on the rationale that “revocation can only be justified by evidence that a self-insured entity does in fact provide workers to be supervised by a third person, the mere possibility that they could do so is insufficient.”

“The only evidence presented at the hearing showed that these farm labor contractors, as a group, cannot be said to be in the business of providing employees to other employers. We are very pleased that the evidence presented at the hearing allowed Director Baker to come to the correct conclusion regarding our clients and commend those involved for reaching the correct result,” Roxborough noted.

Nicholas Roxborough Newly Appointed Commissioner of the CHSWC
May 24, 2021